Child care cost relief on the way for families 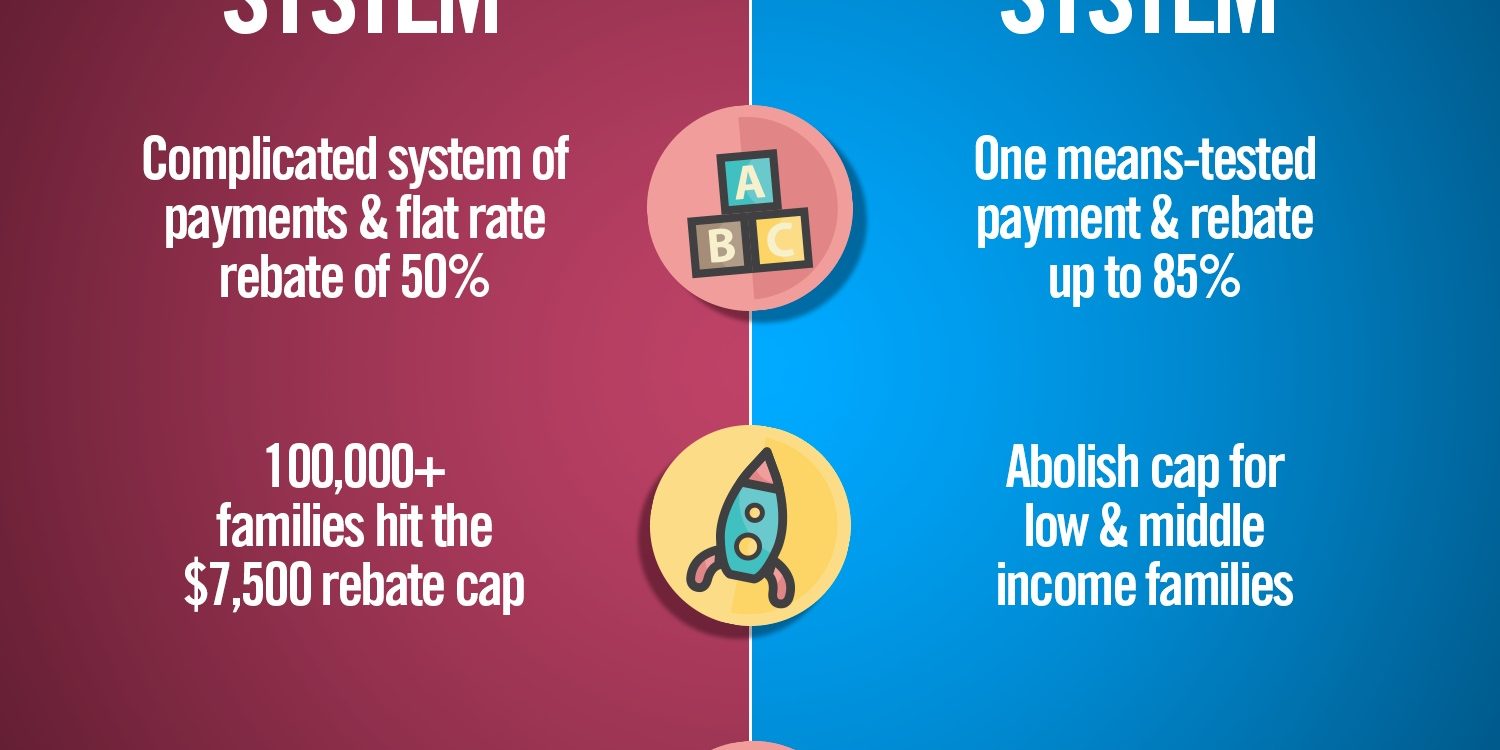 The Turnbull Government’s early childhood education and care reforms have passed the Senate and will deliver more affordable, accessible and flexible services for families.

The Jobs for Families legislation will encourage people into the workforce and tackle rising child care fees and expenses while also supporting early learning opportunities for children.

Our reforms and additional investment will benefit around one million families. Support will go to people working the most and earning the least. It is estimated the reforms will encourage more than 230,000 families to return to the workforce or increase their paid employment.

There are three key features of the reforms:

Our reforms were also designed with regional and rural early childhood education and care services and their families in mind. Families will be able to access hundreds of millions of dollars in additional support and a Commonwealth funding guarantee for approximately 300 ‘Budget Based Funded’ services that for the most part operate in those areas and in Indigenous communities.

In addition, The Community Child Care Fund will deliver services for children from disadvantaged backgrounds or with additional needs, including a disability. The Child Care Safety Net will also ensure families who do not meet the activity test and are earning $65,710 or less have access to 24 hours of subsidised care per fortnight.

Other elements of our reforms will deliver stronger compliance powers that build on the $1 billion the Government has stopped going out the door to people attempting to rort the child care system.

These detailed reforms are the result of consultation with experts, input from the Productivity Commission and three Senate inquiries and they are the most significant improvements to the system in 40 years.

We thank the Senate for working constructively with the Government to pass these crucial reforms and fix a broken system that has been hurting families and taxpayers.

The Turnbull Government has delivered the largest reform of Australia’s child care system in a major win for Australian families.

Further details on the reforms are available at https://www.education.gov.au/jobsforfamilies