TPP-11 to open new doors for Aussie farmers and businesses 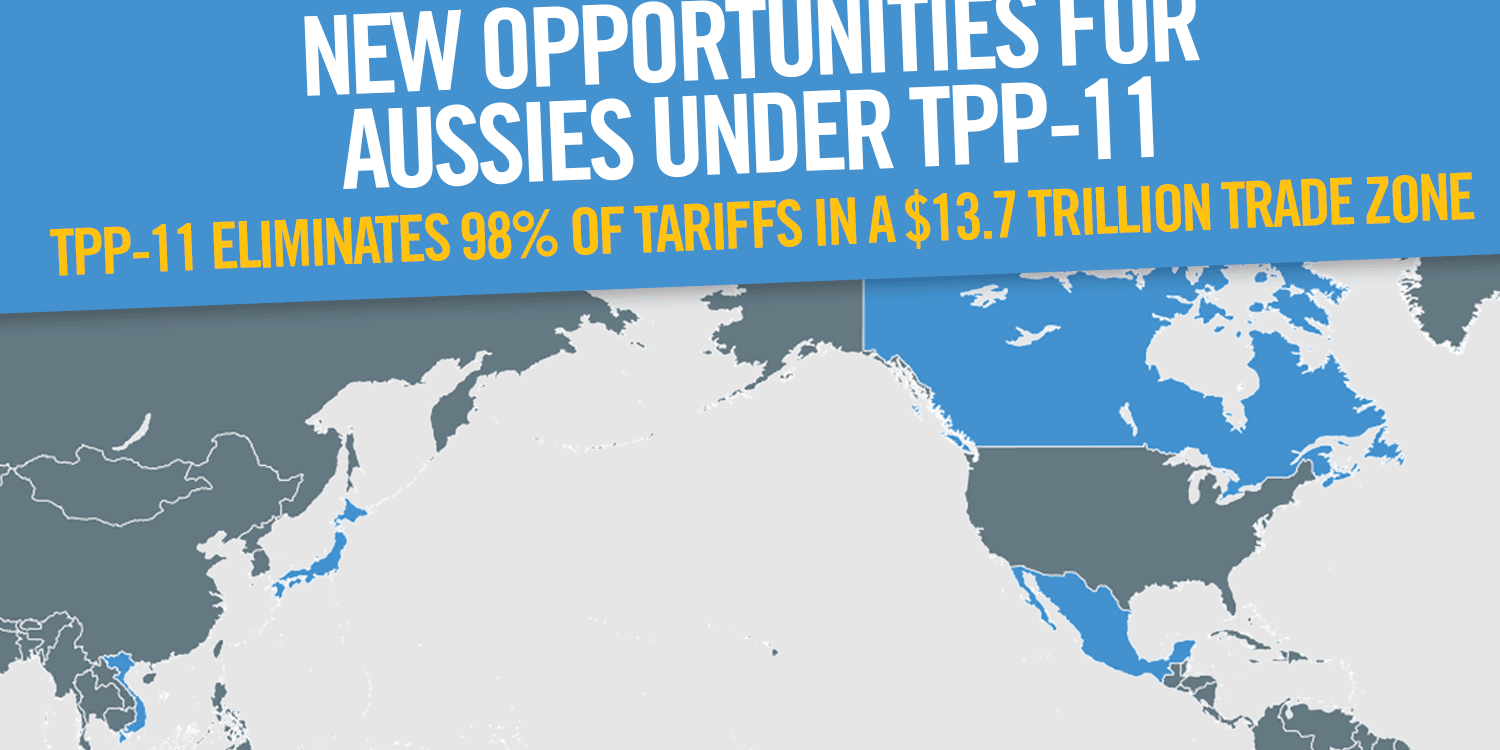 Australian farmers, businesses and investors will get access to new markets across the Americas and Asia, with the Trans-Pacific Partnership (TPP-11) Agreement passing Parliament today.

The Agreement means more market access for our farmers, greater opportunities for our businesses, more jobs and increased investment for Australia.

This landmark agreement is one of the most comprehensive trade deals ever concluded and strips 98 per cent of tariffs for 11 countries with a combined GDP of more than $13.8 trillion and close to 500 million consumers.

Independent modelling shows Australia is forecast to see $15.6 billion in net annual benefits to national income by 2030 from the TPP-11.

Australia’s leadership on the TPP-11 has been another important demonstration of our commitment to the international rules-based approach to trade.

That’s why our Government will continue to pursue a trade agenda that opens new markets for Australian businesses and creates certainty for exporters. It is a key plank of our government’s plan to further strengthen our economy and guarantee the essentials Australians rely on.

The TPP-11 will enter into force 60 days after six countries have ratified the Agreement. So far, Mexico, Japan and Singapore have completed their domestic processes.

This passage of legislation through Parliament brings Australia one step closer to being part of the first group of countries to ratify the Agreement.